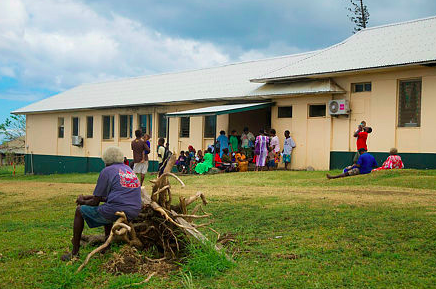 Many people have asked us why Vanuatu?

Vanuatu is a group of 82 islands in the South Pacific.  64 of these islands are inhabited, down from 65 with the recent evacuation of Ambae island due to volcanic ash and acid rain creating a toxic environment.  Most of the islands of Vanuatu are steep, have unstable soil, have fallen victim to deforestation and have minimal fresh water sources at best.  They are a people of resilience despite the many challenges of geographical isolation, low income, and  limited basic health and education services (near inaccessible for some villages/islands).  Our desire is to help improve access to simple needs through basic medical care, health education, community development and easy renewable and sustainable clean water systems for those more isolated.  Ultimately, we are working to improve the training of health aides and to establish clinics on the islands.  With your help, we can make an impact on the health of a nation.  Below is an article from January of last year where a main hospital has been closed because of lack of staff and supplies, and a blog post written by a doctor that gives regularly of his time and finances to help improve the health and well being to many in Vanuatu.

LENAKEL Hospital in Tanna has closed its outpatient department’s door due to a shortage of nurses and doctors.

A hardworking nurse who is currently on duty on Lenakel said it is frustrating when they are burdened with patients and not enough nurses to see the sick people.

“At the moment, we only have 10 nurses, two midwives and one nurse practitioner,” she said.

She said there are no nurse aids and doctors to assist the nurses with difficult cases.

“In Tanna the population is high – with the shortage of nurses and doctors at this time we, the remaining ones, are finding it very difficult. This is because one nurse often has to work day and night during his or her shift.”

Most of the nurses that are working at the moment in Tanna are those that graduated in December 2015 and started working on July 2016.

“Five nurses out of 10 are the new ones,” said the nurse.

When asked why there is shortage of nurses, she replied most of the nurses are on annual leave and the doctor responsible in Tanna did not arrange those annual leaves properly.

“That makes more staff are on annual leave at the same time which resulted in shortage of nurses at the moment.”

She said with this shortage of nurses and doctors, the outpatients are closed and they only open the door of the emergency room for emergency cases.

“But this doesn’t help at all, as with the increased numbers of dengue cases nowadays we need more health workers to work help the sick patients.

She said the doctor in charge was also on leave and there was another doctor relieving him but he returned to Vila after his three weeks stay.

This is the blog by Dr. Graeme

The pitter patter of rain drops on the thatched rook of our bungalow and the sound of gentling breaking waves creates a relaxing ambience. The blazing beach bonfire is intermittently sizzling with the falling rain drops.

Another amazing meal of fresh salad, boiled vegetables, smoke barbeque chicken from the fire, rice has us gorged and replete.

The day had been spent at Lenakel Hospital, situated a short drive into town and up the hill.

When I say town I mean one and a half main roads, several nondescript shops that easily mistaken as homes or workshops, a handful of kava bars and a large sports field.

Lenakel Hospital is the third biggest in the country. It has about 40 beds, 4 nurses on duty, a 24/7 basic laboratory, ultrasound and simple Xray serviced by one radiographer, one room ‘emergency cubicle’ and a 10 bed TB ward.

This hospital was previously staffed by a group of GPs from Vancouver, Canada (yes!) but over the last five years has not seen many doctors. The new Vanuatu intern graduates are suppose to rotate here but this has not yet commenced due to bureaucratic delays.

This means that, at present, I am the only doctor on the entire island, and it is not wise to pronounce this too loudly. Fortunately doctor kidnapping is a rare event. One doctor for a population of 30,000! In Australia there would be 30 to 50!

Dentists are even rarer. And we have three!

The clinic was setup in various rooms around the hospital – the emergency room for patient examination, Nicola in paediatric outpatients, Donald and Jay’s Optometry in an adjacent room, Briar and I the the room labelled ‘offis blong dokta’ (where else?), Meg and Don triaging and dispensing outside under the covered verandahs. And Wilin, Pakon, Bob and Sid in the old unused dental room where nothng works except the manual chair.

Between us we provided care to 140 customers, many of whom had travelled long distances to be seen – dentists and doctors are rare in these parts.

Difficult and contrasting cases sttuck us all. The dental team had several difficult and prolonged extractions, with Wilin declared winner of Man vs Tut.

Donald and Jay scored well with several surgical referrals and plenty of happy customers departing with a new visual appreciation of the world around them. Apparently two whales swam past our bungalows this afternoon but neither stayed for wait for checkup or clinic to finish.

Two blind men turned up. One was not really blind – photophobia from severe migraine that resolved with ibuprofen and rest.

The other young man blind for 4 years after a bout of heavy drinking, woke up with central blindness. His parents confirmed assured me it was all commercial alcohol, not home brew. But the later is common and methanol toxicity thus a sad but likely explanation. (No signs of papilloedema and or vascular disease.)

At the end of the day Johnson arrived to see nurse practitioner Pauline because of his shortness of breath, abdominal and leg swelling. An xray of his chest showed a large heart and emphysematous lungs. He pulse rate was very slow at 40 beats /min. Very unusual and sad and amazing.

He should not have been able to walk several kilometres from his village.

“Do you have an ECG machine?”

This was not looking like a good outcome. There were few options here. My explanation of the gravity to the patient and family present cast a dark shadow over the end of the day.

The rain is now pouring down heavily on our roof. How a thatched roof of leaves can keeps this torrent outside astounds me.

The wind and waves have whipped up, howling and roaring. It sounds like a hurricane. I am on the other hand warm and dry and about to fall aslee…….zzzz

Together we can do more! 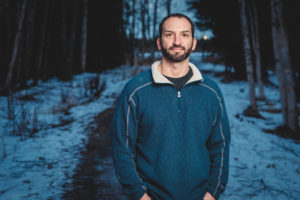